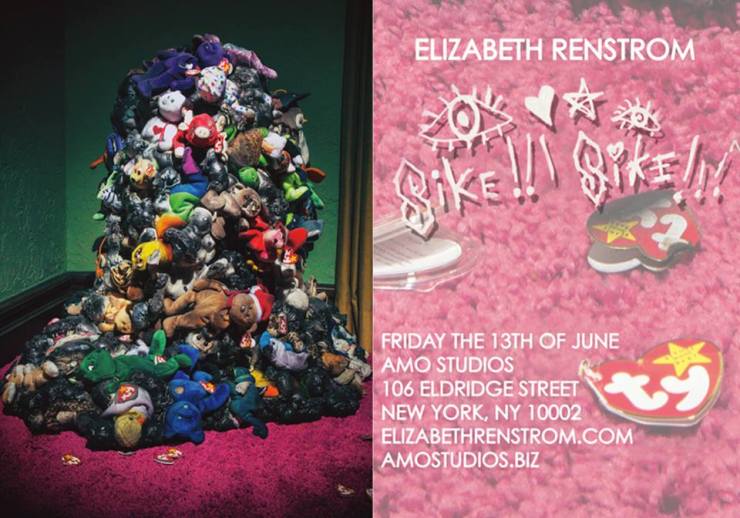 AMO Studios is proud to present SIKE!, the first solo show by photographer Elizabeth Renstrom. The exhibition consists of a new body of work, paired with an installation of objects featured in the photographs. There will be a pop up shop in conjunction with the exhibition, selling zines and cute custom made barrettes. The shrines and ceremonies dedicated to disposable popular culture found within the artist’s 2012 series Waxy Chunks are taken one step further in SIKE! Instead of putting the symbols and icons in children’s media from the 1990’s on a pedestal, they are debased and imploded through a new series of humorous, absurd sculptures. SIKE! explores the implications of “putting away childish things” in a hyperreal concentrated visual manner, indicative of the artist’s style. Elizabeth Renstrom is an internationally published photographer who has been featured in several group exhibitions both nationally and internationally, including VICE’s 2012 Photo Show, New York, NY, A Day Away, Slow Culture Gallery, Los Angeles, CA, and When We Were Young, Objectifs Gallery, Singapore, Singapore. She has also been published in several magazines including; TIME, Vice, Bloomberg Businessweek, Marie Claire and PIG Quarterly.