Interview and introduction by Elizabeth Renstrom

Fryd Frydendahl was one of the first photographers I met at the beginning of my photo peddling at VICE. There was a great ease to our meeting because she exudes a generous, and unusual aura very similar to her work. We talked about this current project, Nephews, and another where she’d traverse throughout Texas giving herself as a photographer, and Danish woman traveling through the state for the first time, to whatever situations and people she found.

I bring this up because what she brought back from Texas made me understand why her style is so pervasive. Her eye behind the camera is always impassioned, and because of this, there’s real honesty to her portraits. I set her up with my little brother who was living in the state at the time with his wife and the image she captured of them had a similar tone to what I see in the intimate images of her own family below. There’s a tension and uncertainty about growing up in them along with the wave of sincerity you’ll come to understand if you have the pleasure of meeting Frydendahl outside her beautiful images.

What initially motivated you to take on this subject matter as a project? I know some of the context, but I’m curious how you felt at the beginning of the series?

I was a student at a Danish school for photography called ‘Fatamorgana’. I was in my second semester when I did the first ‘official’ shoot with the boys.

Being a student at Fatamorgana changed my whole life. It was the first time I really felt recognized, and the first time I felt like I was really good at something. At the school you are taught that no matter what kind of photographer you want to be, you are your own most important tool. You need to make photographs that stand out. Technical things can be learned, and everything has been done before you, but there is only one version of you and that’s what you can bring to a photograph.

My sister passed two years prior to my time there and it was so painful. However, I felt it was time to be proactive about my grief. The combination of my craft and my special relationship with her boys became a very natural progression in the early stages of my photographic journey. At the time though, I didn’t know that it would be an ongoing project. That realization happened a few years later. 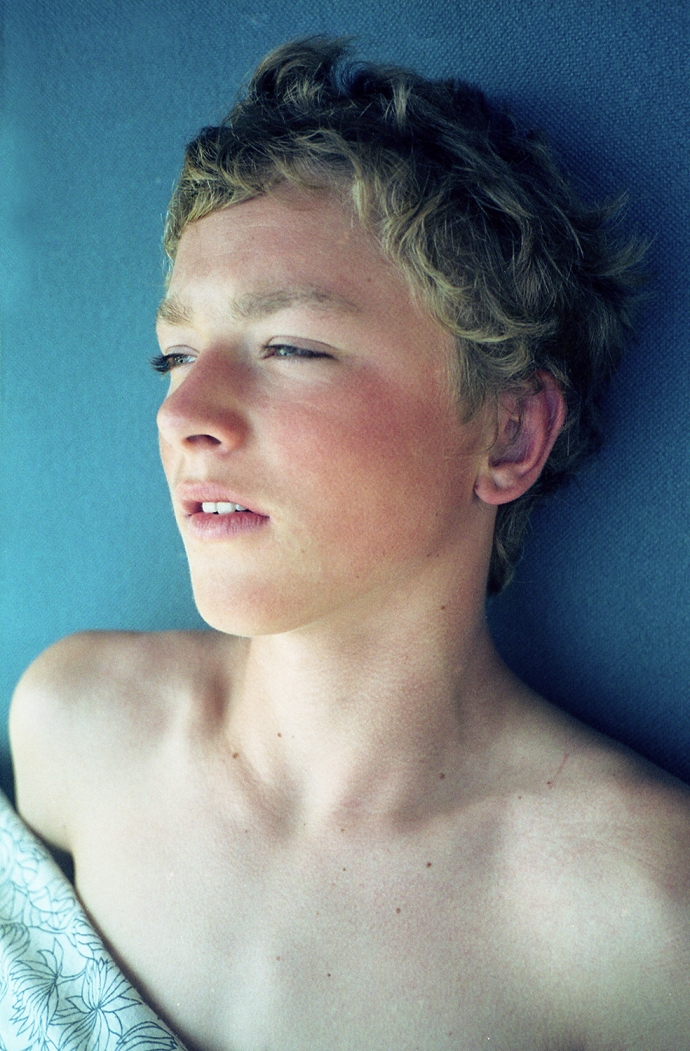 After working on this project for 10 years, why did now feel like the time to put it in book format and share it in full?

Mads, the oldest is now 20. He is a young adult leaving adolescence and facing a new stage of his life. Andreas just turned 14, and is also entering new territory. It felt like it was time. Whenever I was asked about when I would want to do the book, I had always said it needed to be done right. I feel like the combination of the show at V1 gallery and the book coming out at the same time gave the work the ‘space’ and life needed.

I always think photographing children in an interesting way can be tricky, yet, you do it very poetically. What are some of the challenges working with younger subjects?

Well, in this case I have been ‘schooling’ them since before they really understood how or why we were doing photographs. That definitely gave me a leg up. They don’t question the ideas and the situations I put them in and it’s a real gift. There was a funny situation a year back. I had been asked, by you actually, to do a little video that sort of showed my practice. The boys and I had asked the oldest, Mads’ girlfriend, Julie, to video us while photographing. It was so hard and the intensity and focus was completely lacking. While laughing and trying to sort of figure it out, Mads said something like, “It’s so weird, there is not supposed to be anyone else here.” I think that describes the need for the project pretty well. Throughout the years my family has faced so much shit, that it becomes more and more important to just create a focus on each other once in a while. In this case, it’s creating pictures with each other.

In all honesty though, I don’t think I photograph youth any different that how I’d photograph any other stages in life. 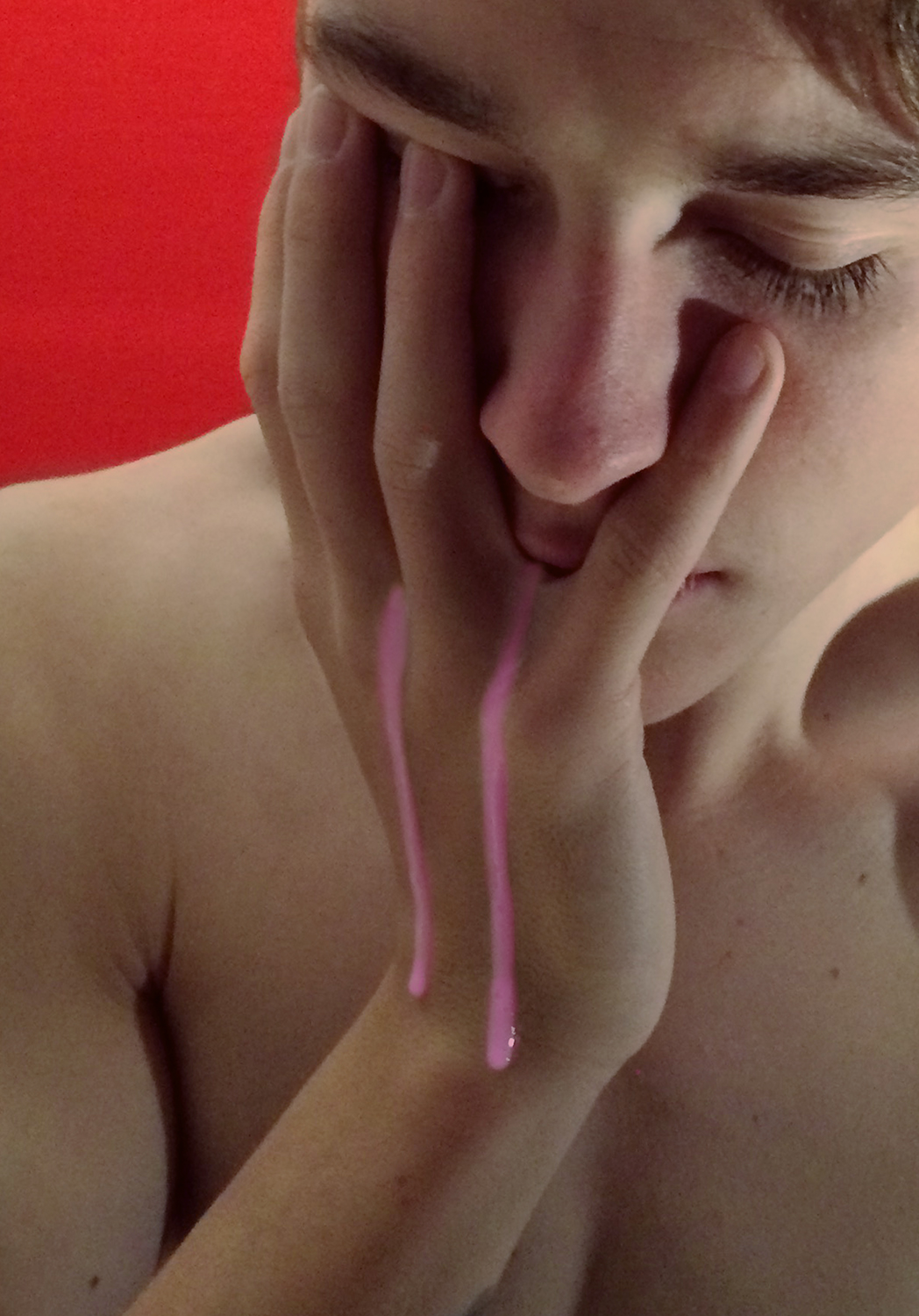 How performative is this work?

My work in general exists in the space between fantasy and reality. That’s what drives me. I don’t really believe in objectivity and that gives me a lot of freedom when I work. Even when the situation seems less staged, it always somehow is — that’s the thing about photography. There is a strange build in trust because of the medium and it’s references, if used right it’s what creates that moment that feels undeniably real.

Is there anything that didn’t make it into the book edit, and why did you choose to leave those selects out?

There is work that I decided to leave out that felt a little strange in the beginning. At the same time it wasn’t that hard deciding which images to leave out. I am very privileged in that the publishers really put a lot of trust in me for the whole editing process. Also, working with a great designer over the course of a year made it a journey where it became pretty obvious what needed to live in the book and what didn’t.

​What artists did you look towards for inspiration during this process?

Yikes! I mean the project pretty much follows my whole photographic life, so there have been many influences. When first studying photography, first at a media school, and then Fatamorgana, we had to go to see exhibitions and studio visits every Wednesday. I was so blown away by it all, even the stuff I didn’t like or understand because it was like a portal into a new and better world. I remember finding this yearbook from the Helsinki School of Art and being filled with this overwhelming jealousy. I wished that I had made a lot of those images. I still get that feeling when there is something that I really really like and I still show that book to students when I teach.

Now that it’s finished, do you plan on revisiting ​your nephews as adults?

I will photograph them as long as they let me, they are my life partners, you know… 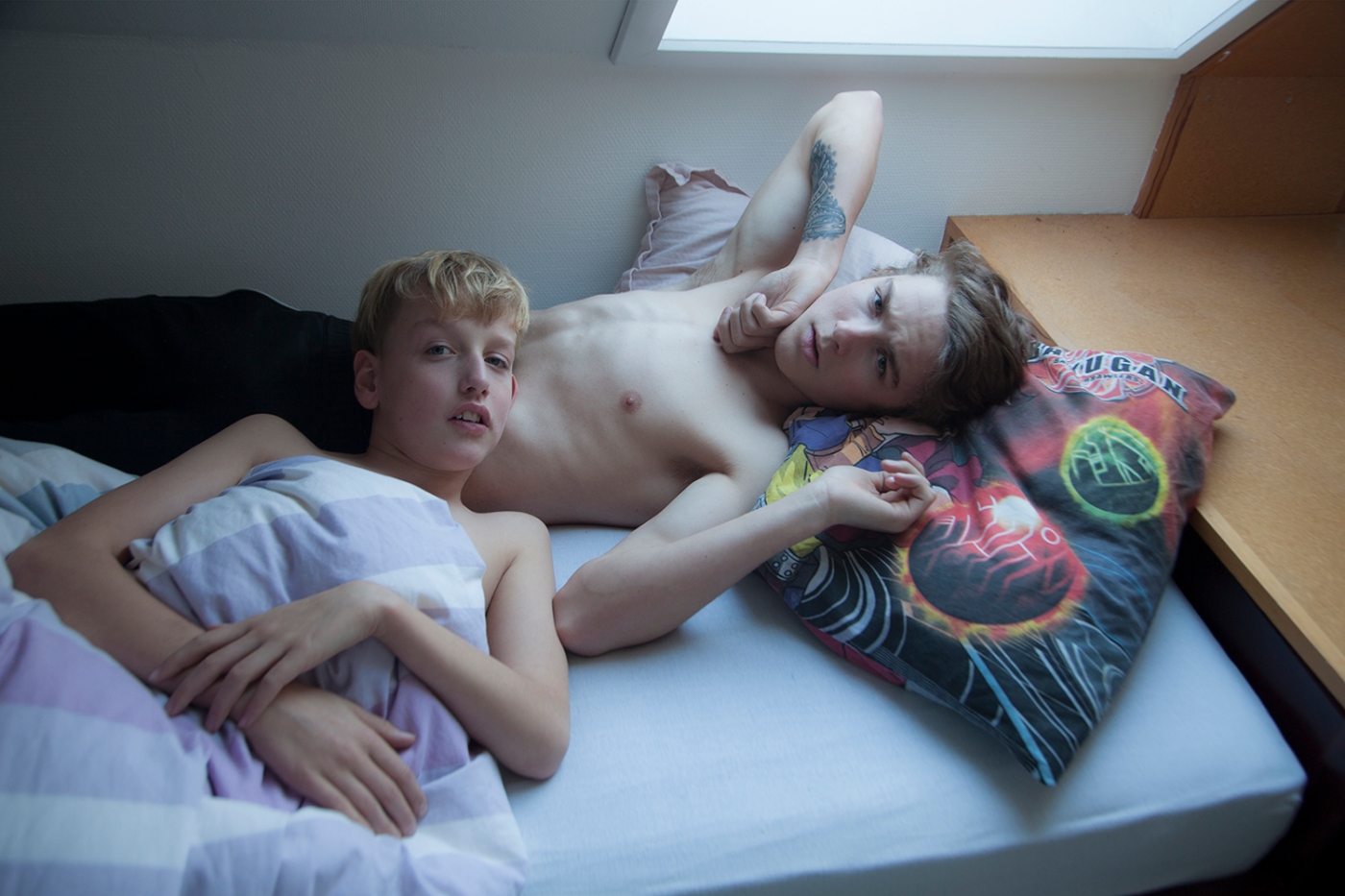 Frydendahl’s photo book is out now. You can also find her on Instagram.